Our website uses cookies to monitor how the site is used and help to provide you with information tailored to your individual preferences. If you continue to browse we will assume your permission to use cookies. To find out more and to learn how to change your settings visit our cookie policy.

The territory of Tuscany is considered to be the cradle of Etruscan Civilization, which had its beginnings in the 9th century B.C. and ended in the 1st century A.D., becoming part of the Roman population in accordance with the Lex Iulia of the year 90 A.D..

The Etruscan people had particular qualities which render them, even today, fascinating, mysterious and curiously modern. They were considered the best organized of all the peoples living along the coast of the Tyrrhenian Sea. They were very skilled at exploiting mineral resources, cultivating high

quality crops including wine and olive oil, measuring and dividing land, raising livestock, mastering the techniques of hydraulics and drainage, irrigating the fields, as well as excelling in the arts and crafts, sports, and the conduct of their home lives. 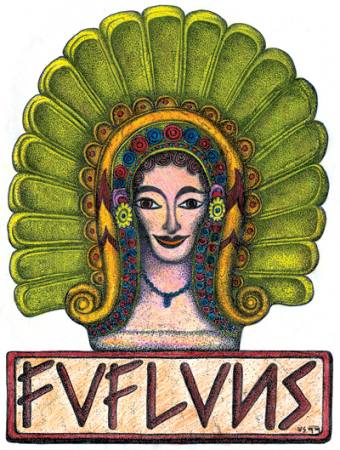 The Etruscans went to table “as often as twice a day”, while relations between men and women were based on marriage. Women had a clearly defined social role, took part in meals with their husbands, paid great attention to personal appearance, wore jewellery, had a liking for sumptuous garments, went in for fancy hairstyles and wore conspicuous make-up, kept their maiden names when married, had a right to their own tombs and could buy and sell property and inherit it.

Etruscan religion was based on the idea that nature was strictly dependant on the deity. Every event in nature was a sign sent by the deity to mankind, and the duty of latter was to interpret it, discover its meaning and act accordingly.

The places where religious rites were carried out had to be marked out, circumscribed and consecrated, while the times were regulated by the succession of feast days and ceremonies inscribed in the sacred calendars. In these rites there was ample space for music and dancing, while the prayers might be intended for expiation, thanksgiving or entreaty. Different kinds of animal (oxen, sheep, pigs or fowls) were the victims of sacrifice according to the circumstances; offerings included agricultural produce, wine, cakes and other prepared foodstuffs. There was a widespread custom of votive offerings, including “reproductions” of these in place of the real thing, such as model animals, statues, models of temples and so on.

Among religious practices of particular importance was the cult of the dead. In the earliest times this was linked to the notion (in common with other Mediterranean cultures) of the continuation of a kind of “active life” of the deceased in his tomb after death.

This changed in the course of time to the concept of a “realm of the dead”. The shades of the dead made a long descent into this lower world, destined to dwell there for ever, perhaps even in a state of happiness. This new concept gave rise to an ancestor cult, and indeed ancestors became the household gods. The “family tomb” thus became the sacred monument of the family lineage and its history.

The most important small-scale works of art are highly original and show all the main characteristics of Etruscan figurative art in general. Their terracotta and bronze figures represent the outward and decorative element in devotional practices. In addition there was a copious production of objects in carved ivory and bone (chiefly in the archaic and “oriental” period), and of jewels cut in negative relief in semi-precious stones. Also of great importance was the production of ceramics, in particular the bucchero, which was to become the most characteristic of all Etruscan products. But it is in the line of jewellery that we find the most successful and original works of Etruscan craftsmanship, especially those dating from the mid- 7th to the end of the 6th century B.C.

Painting in Etruria is found chiefly in tombs and funerary monuments.

Ancient Etruria was centred on a confederation of twelve great Etruscan cities, which included Volterra, Populonia, Chiusi, Arezzo and Cortona. In Tuscany, Etruscan places, their environments and necropolises, bear splendid witness to this extraordinary civilization, well preserved in archaeological sites and museums.

Pisa and Populonia were the two great ports of southern Etruria. We find other settlements on or near the coast at Castiglioncello, Vada, Cecina, Casale Marittimo, Montescudaio, Volterra, Piombino and Campiglia Marittima.